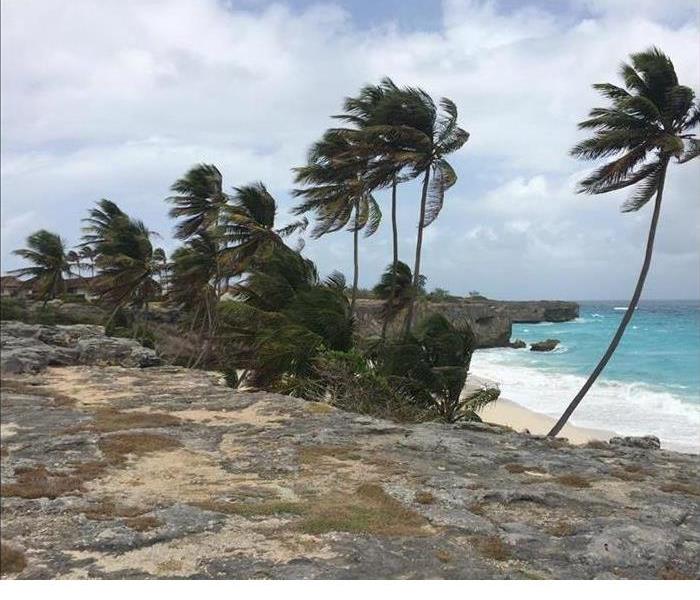 Call SERVPRO to minimize the interruption to your life and help you rebuild after the disaster (813) 855-0888.

Hurricanes are characterized by very powerful winds that move in a circular motion and that can cause severe storm damage.

Hurricanes and storm damage in Tampa are more likely to occur along the Atlantic Coast and the Gulf of Mexico. However, areas along the Pacific coast in the southwest of the United States will also feel the effects of hurricanes. Hurricane season along the Atlantic Ocean is typical between June and November, with the maximum amount of hurricanes taking place from the middle of August to the end of October. Along the Pacific Ocean, hurricane season will start in the middle of May and will finish around the end of November.

Hurricanes are unrelenting in their force and can produce winds more than 155 miles an hour. Hurricanes cause Tampa storm damage and floods miles inland and can demolish property with heavy winds and debris storms. Slower moving hurricanes can trigger mudslides or landslides in mountainous regions as a result of heavy rainfall. In fact, it is estimated that between 1970 and 1999 more people lost their life as a result of flooding associated with tropical cyclones than from any other hazard associated with these storms.

Hurricanes will often make landfall suddenly. The storm damage can be intense. Many homeowners have seen the benefit of preparing a hurricane preparedness checklist. This list will include things that they will need before, during, and after a hurricane. Local TV stations and The American Red Cross provide comprehensive check lists. Some items on this checklist are:

• An emergency kit including a way to communicate with family
• Diagrams showing the level of their property as well as how flooding from storms will affect their property
• Learn where levees and dams that could affect your property are located
• Learn your community’s hurricane escape route and know how to get to higher ground
• Have an evacuation plan
• Make a plan to secure your property by covering the windows with 5/8 inch marine plywood to prevent windows from breaking
• Guarantee that all trees and shrubbery around the home have been trimmed as they can lead to expensive structural damage
• In the hours before the storm, bring any loose furniture, decorations, and garbage cans that are around the perimeter of the home inside
• Make arrangements to secure your boat
• Purchase a generator for power outages
• If the home is in a hurricane prone area, consider constructing a safe room
• Avoid elevators
• Take steps to protect food and water during and after an emergency
• In addition to drinking water, have water for sanitary purposes such as flushing the toilet

The above checklist by SERVPRO includes some of the things that homeowners who live in areas that are prone to hurricanes should be prepared for. The better prepared a homeowner is, the better the chances of protecting their loved ones and their property.